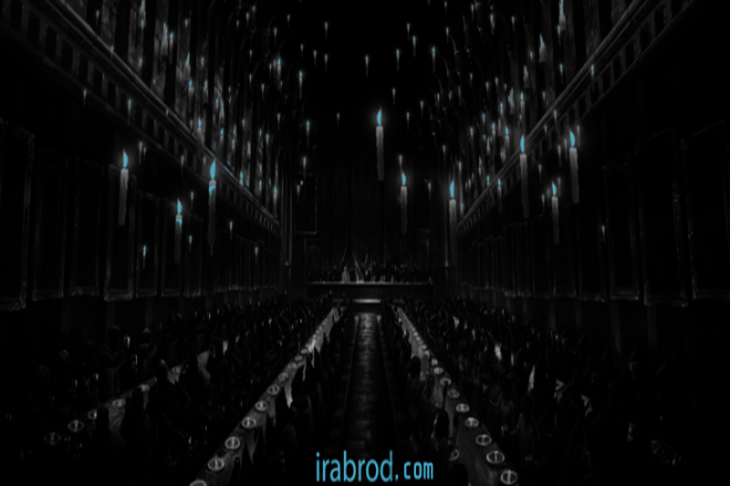 movies similar to Harry potter series is listed here for you and those who enjoy magical and fantasy movies. we hope you enjoy these movies as you enjoyed harry potter.

Where books come to life. Which reminds us of Harry Potter and the Chamber of Secrets. Isn’t that so? When was Tom Riddle’s notebook getting more and more powerful?
Here, too, a person named “Mo” with the role of Brendan Fraser has the power to bring the characters of books to life. Which finally brings to life a demonic character.

Similarities – Harry Potter and the Chamber of Secrets: The Resurrection of Tom Riddle

Like Dursley’s evil family. Jim Carrey as Count Olaf accepts custody of three children who have recently lost their parents. But this wicked step-dad only cares about the inheritance of these three orphans.

A certain girl has a certain destiny for which she has to carry out difficult missions.
A girl named Ophelia meets an old witch who tells her that Ophelia is a princess. And she has to prove it by doing some impossible missions.

Similarities: Harry Potter and the Sorcerer’s Stone – A stranger to the magical world brings a new destiny and identity to a child in the ordinary world.

17- The Water Horse: Legend Of The Deep

Like Harry Potter, the story is about a boy who has a “muggle” life until something happens to give him a fantasy look and bring adventure to his life.
Angus is a boy who has a completely normal life. Until he finds an egg on the beach that belongs to a giant sea monster.

Similarities: An event that takes a child’s normal life into a fantasy world – magical creatures

in 16th place of the movies similar to Harry Potter is THe Hobbit. Tells stories before the events of the Lord of the Rings. Not to mention the many similarities between Lord of the Rings and Harry Potter. From a black empire that threatens the ordinary world and spares no violence. To the limitless resemblance of Gray Gandalf and Dumbledore. From different races and fantasies to dangerous and interesting adventures are some of the many similarities of this series of films.

15. Charlie And The Chocolate Factory

Similarities: An event that takes a child’s normal life into a fantasy world

A young girl named Meg is looking for her father who has strangely disappeared. In this adventure, three powerful creatures guide him.

Similarities: An Incident That drags a Child’s Normal Life into a Fantasy World – Searching for Parents‘ Secrets (Similarities with Azkaban Prisoner)

Instead of a castle for children with magical powers, this time there is a house for these children. The only difference is that it is no longer a question of Lord Voldemort and a dark empire.
This film has the gothic atmosphere of Tim Burton films. A boy named Jake finds this house and quickly realizes that the people living in it each have their own powers.

Similarities: A world in which children are raised with special powers.

12-The Chronicles Of Narnia

In 12th place of the movies similar to Harry Potter is the Chronicle of Narnia. The narrative of this film is the story of the “children who survived” instead of the story of the “boy who survived”.
Kids who, like Harry Potter, have lost their parents. Like him, they emerge from a magical world full of magical creatures. And then they fight against a demonic government and survive.
And like Harry Potter, you follow the Narnia movie series from the childhood of the actors to their youth.

A girl named Liana and her armored bear tries to free her best friend from a strange organization. An organization not unlike the Ministry of Magic in Harry Potter and the Order of the Phoenix. It also reminds us of the adventures of the goblet of fire competitions.

Similarities: Secrets and the Ministry of Magic – Similar stories to Harry Potter and the Order of the Phoenix and the Cup of Fire.

A nurse named McPhee comes to a father who has just lost his wife and has 7 very naughty children. This is something no other nurse has ever been able to do, and it seems that magic is needed to succeed in this mission. But later turns out that her magic can have other uses.

Similarities: A stranger with magical powers sets a new destiny for children.

A boy named Jess and a girl named Leslie are tired of their world and the normal life of “Muggles” and want to escape from it to a new and fantasy world. So they create their own fantasy world.

Similarities: Changing the normal life of a boy and a girl and moving on to a fantasy world

In 8th place of the movies similar to Harry Potter is the enchanted. What if fictional characters lived in our world? The film tells the story of Princess Giesel, who is exiled by her evil mother-in-law. And it comes out of our real world. And she begins an affair with a New York lawyer until her prince comes to this new world to find her.

Along with Harry Potter and the Lord of the Rings, Alice in Wonderland is perhaps a literary masterpiece. Almost all of us remember that old animation. Now Disney has turned this old animation into a movie starring Johnny Depp. The story is about a girl named Alice who enters her own imaginary world and fights the queen of hearts.

Similarity: A girl who enters the world of fantasy and magic from the ordinary world. Fights a criminal empire in a magical world – a fantasy world – magical creatures.

You probably remember the animation of “the sleeping beauty”. Which an evil witch cursed a princess for eternal sleep in case she touches a needle. But now the film has made this story from another perspective with the role of Angelina Jolie.

Similarities with Harry Potter: Magical Creatures – Magic and Witchcraft – A girl who enters a magical world as a child.

Percy, who turns out to be the son of Poseidon, goes to a secret camp in the woods. Where the children of other gods go, such as the daughter of Athena, the god of hunting and war, and the son of Zeus, the god of thunder. Where other children of the gods try to flourish their powers and practice.

The resemblance to Harry Potter: A boy who goes from the ordinary world to fantasy and different space – magic and witchcraft

4- Lord of the Rings collection

In 4th place of the movies similar to Harry Potter is the lord of the rings collection. It is safe to say that The Lord of the Rings is one of the most popular films on this list. This beautiful Tolkien work, like Harry Potter, is a fantasy literary masterpiece with many many fans.

Similarities with Harry Potter – Gandalf the gray and Dumbledore are not only very similar in power. They also have a similar appearance! (Perhaps the only difference between the two is the size of the magic wand and the pipe of Gandalf). The main protagonists of the film are both teenagers. There is an evil sorcerer as powerful as Gandolf, Saruman, who can resemble Voldemort (not in appearance). The existence of the Harry Potter and the Deathly Hallows can be likened to the rings that destroyed Voldemort’s reign.

A family goes to a summer house. And the children discover that there is not just a remote house. Rather, another world is full of mythical creatures and magic.

The resemblance to Harry Potter: A family that moves from an ordinary world to a world of myth and magic. Mythical and magical creatures

This film is a sequel to the 1964 film Mary Poppins, a nurse who amazes her client’s children with her magical powers.

Similarities with Harry Potter: Perhaps more than any other movie, this movie reminds you of Harry Potter and the Sorcerer’s Stone. When Hagrid comes to a very ordinary house and introduces Harry to the world of witchcraft.

The book of the same name was written by JK Rowling. Although the book is merely a dictionary for introducing magical creatures, it was like a Harry potter school book.

The film expresses the world of Grindelwald. That is, what happened in the same magical world years before Harry Potter.