The squid game is one of the most popular Netflix series, which achieved great success and popularity worldwide. In this beautiful series, a group of players take part in a series of deadly games in which they lose their lives if they fail, and a sum of money in exchange for their death is considered for the winner of the last game.

12 games in the style of stronghold crusaders

top 20 series or tv shows like game of thrones

A teenager named Thomas enters a strange compound. Like other teenagers who were abandoned in that area before him, he has no memory of his previous life. After being promoted to a position in his group, he is promoted to a runner. That is, people wandering around in a spiral to find a way to escape.

The country of Panem is divided into 12 regions. Which is ruled by a regime. As punishment for a failed uprising, each district must nominate two people each year (a boy and a girl between the ages of 12 and 18). To participate in the annual hunger games. And fight to the death, as long as there is only one person left.

In the eighth place of the best movies similar to squid game is the Saw movie collection. When it comes to games and death, we all would recall the saw collection and jigsaw’s famous quote”want to play a game?”. Saw Collection is one of the most popular and successful American horror films for many years, which is one of the most famous movies that contains a series of deadly games.

A group of strangers, each with a unique genius (one is a scientist, the other a policeman, another a mathematician, an escape expert, etc.), without remembering how they got there, all awake in a cube room. Now they have to escape from this prison with the help of group skills.

Six adventurers try to escape and win a $ 10,000 prize in an escape room puzzle. They travel to a mysterious building for this race. At first, everything goes normally until they realize that the puzzle rooms of this game are nothing but deadly traps caused by the sick mind of a criminal.

In  Untraceable,  Jennifer Marsh is an FBI cybercrime agent. After years of experience, Jennifer believes she has seen almost every kind of crime. But she is wrong. A criminal is known in the world of the internet, who publishes pictures of victims. The more they are visited, the faster the victim dies.

We ranked the beautiful movie Belko experiment in fourth place of the best movies similar to Squid Game. At a time when it seems like a normal day, more than 80 employees of Belco realize that they are trapped in the company to participate in a very dangerous game that they have to kill each other. Game commands are notified to them through the company’s speakers. As the game progresses, friend betrays friend and new alliances and conflicts occur.

Britney and seven others are caught in the mansion of a man named Shepard. Shepard forces them to take part in his dangerous game and do what he wants them to do for money. The more the game progresses, the more deadly it becomes.

The beautiful movie of Battle Royale has influenced many movies of this genre and movies similar to squid game. In this film, 42 ninth-grade students are sent to an empty island. They have nothing but a map, food, and weapons, and a cape attached to their necks. If they break any law, their cape will explode quickly. Their task is brief but deadly. They must find each other and kill each other. Until one of them becomes the last person to survive on the map. If more than one person is alive on the map after the specified time, all capes will explode .

A high school student named  Shun Takahata was tired of his dull and normal life. but situations change in a way that he would fight with all he got to save his life, the life that he used to hate so much.now he is forced to participate in a deadly game with his classmates. Guess what the first game is? The same game that took place in the first stage of the squid game, the red light, green light. If you do not succeed in the game series, you will die. 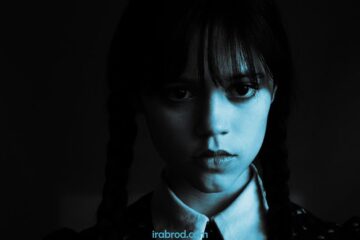 Movies like John Wick – similar movies to watch if you like john wick : we have listed 16 movies that include a professional soldier or assassin that seeks revenge for a reason. A story Read more…