egypt tourism attractions and destionations , or most visited beaches , cities and historical sites of egypt is the subject of this article. we are going to guide you in your travel to the one of the most old and beautiful countries around the world.

Egypt, as a country with historical civilization, is the subject of this week’s Irabrod article.

It is revived by the Nile River. It is the official name of the Arab Republic of Egypt. It is located in the land borders of two continents of africa and asia. Egypt has land borders with Sudan, Libya, Israel, and Palestine.

1-Pyramids of Giza and Sphinx

2- Luxor Karnak and Valley of the Kings

Luxor on the north bank of the Nile is one of the most visited cities in Egypt. Karnak Temple, Valley of the Kings, Hatshepsut Temple and…. All are located near Luxor, which is one of the most spectacular historical monuments in Egypt. On the west bank of the Nile, near Luxor, there are many temples and tombs that are known as the largest open-air museum. You can walk in these temples and watch the hieroglyphic lines and paintings. If you travel to Egypt, be sure to spend a few days in Luxor.

Cairo is the most populous city and capital of Egypt. In Cairo, there is an area called Islamic Cairo, which has somehow preserved its historical layer. In this area, you can see Islamic historical monuments including schools and mosques related to the Fatimid caliphs to the Mamluks. There is a bazaar called Khan Al-Khalili in this area where Islamic architecture is spectacular. It also has access to Al-Azhar Mosque and Sultan Hassan Mosque, which are very beautiful mosques. We suggest you to watch city from the top of Bob Zoyele Gate at sunset in Cairo.

In a county full of ancient temples, Abu Simbel is a remarkably special temple. This temple, built by Ramses II, has 4 giant statues at the entrance of the temple. The inside of the temple is also spectacular with its beautiful murals. It is interesting to know that this whole giant temple has been moved from its original location by UNESCO so as not to submerge underwater.

St. Catherine’s Monastery is the oldest monastery in the world and is located next to Mount Sinai, the same mountain where the Ten Commandments were revealed to Moses. In this monastery, there are valuable religious works of art and manuscripts, among which we can mention the tree that caught fire and through which God spoke to Moses.

If you are tired of the hustle and bustle of other temples and want to enjoy Egyptian hieroglyphics, Egyptian paintings and antiquities in a smaller population, the Temple of Abydos is the best choice. It is very spectacular.

The Nile is perhaps one of the most famous and longest rivers in the world. This river gives life to the dry land of Egypt and nourishes its plains and delta to the Egyptian people. You can enjoy boating and watching the historical monuments along the river between Aswan and Luxor and take very spectacular photos.

Aswan is located in the windy area of ​​the Nile River, which has an unparalleled view of the Nile River along with orange sand dunes and orange boats that cross the river. The famous building of Aswan Dam is also in this area. Drink tea on the Nile in one of the boat cafes and enjoy the beautiful scenery. There are also St. Simon’s Convent and Al-Fentin Island around Aswan, which are very beautiful.

Whether you are a fan of historical sites or natural or both, you will undoubtedly enjoy this view. The gypsum hills are amazingly like snow lying on the hot sands of the desert. This view is as spectacular and beautiful as it is amazing and strange. Every year, many visitors come to Egypt for the White Desert.

Alexandria is the most European-themed city in Egypt with a long history. It was built by Alexander the Great.Cleopatra settlements and the Lighthouse of Alexandria, one of the Seven Wonders ” were ” in that city There are few monuments of Alexandria left today. But the temperate climate and the Mediterranean Sea and the appearance of the city attract many visitors to this city every year.

During World War II, a British ship called the Thistlegrom was bombed by German aircraft in 1941 as British troops boarded. The wreckage of the sinking ship now remains in depths of the Red Sea, this wreckage remains creates a scene that draws Egyptian visitors from the desert to the heart of the sea. There are places around the bay that rent your diving equipment.

Egyptian culture is a combination of ancient and Islamic culture. Manuscripts, paintings, sculptures, hieroglyphs, tiles and… are all of the world-famous cultural beauties of Egypt. All these works can be seen in many Egyptian temples and especially museums.

some of egypt tourism attractions are edible , we have listed 5 of the most famous Egyptian foods here.

Ful Medammes: A bean dish made with boiled eggs and vegetables, which is very popular in Egypt and is also sold by vendors.

Falafel: Egyptian falafel is cooked from a type of bean and Egyptians eat it with cheese and bread for breakfast.

Koshari: A carbohydrate-filling and a full dish that is served on the street and in restaurants. A layer of rice, peas, lentils, macaroni, caramelized onions and garlic, and vinegar make up this dish.

Mahshi:  A good option for vegetarians, this dish includes a bell pepper stuffed with rice, sauce and vegetables.

Shawarma: A  grilled meat or chicken that has been cooked for a long time with a layer of fat.

Minimum money required for a day trip: Irabrod offers about 390 Egyptian pounds. (In 2019).

Egypt’s economy is largely based on agriculture, tourism, oil and gas, and the media. Egypt earned about $ 2.7 billion from tourism last year. And it’s kind of growing.

With the increase in population and tourists and the operation of the Aswan Dam and the drying up of some lakes, Egyptian agriculture needs to improve.

Egypt is the largest oil producer outside OPEC. In 2013, the country produced about 690,000 barrels of oil per day of .

Tips for immigration and visas in Egypt

Egypt tourism attractions are beautiful indeed , but like any other country this country has some laws and traditions that you should respect while visiting there . Egypt is an Islamic country. In this country, some customs of Islam are strictly observed, and if you intend to go to this country, you must respect these customs.

In addition, Egypt is a crowded country with the majority of its population living near the Nile River and it attracts a lot of tourists every year, so you should prepare yourself to live in a populous country (especially Cairo and Alexandria).

Tipping culture is prevalent in Egypt. Remember that when you use the service of the restarants and the cafe and… you should give a tip. Also in Egypt, “bargaining” is common, the prices may be much higher than the real limit.

The average monthly cost of living in Egypt is about 12,000 Egyptian pounds per person. 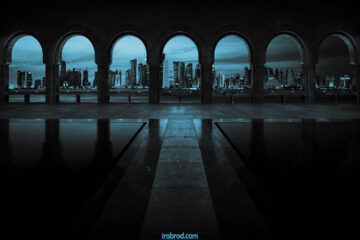 Best Tourist Attractions in Qatar – Sights Of Qatar that you must see : here we list 45 places to see in Qatar. we have categorized these places into different categories like famous Qatar historical Read more… 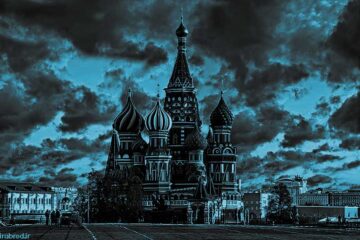