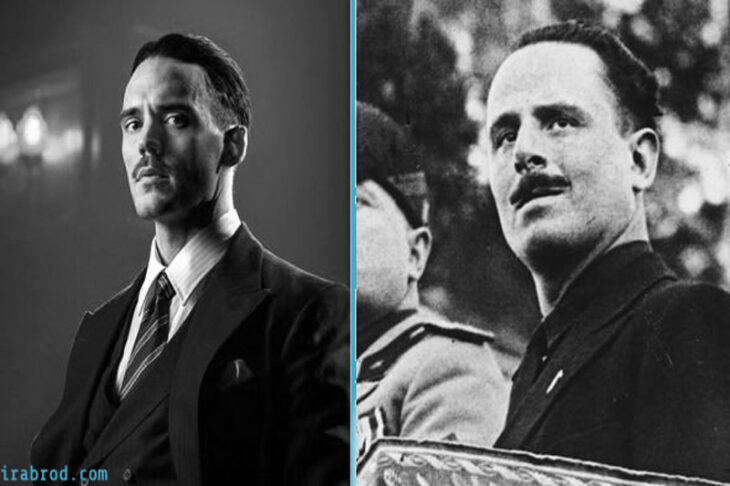 The fifth season of the series stars Oswald Mosley, the leader of the Fascist Party of England in the 1930s. He was arrested in 1940 when the party was banned.

To the right is the actual image of Oswald Moseley.

The real image of brilliant chang with Andrew koji

To the right is the real image of Brilliant Chang.

Remember Billy Kimber? The first boss to be killed by Tom Shelby himself in the ending of Season One. This character was introduced in 1900 as a very influential English person.

To the right is the real picture of Billy Kimber.

Pictures of Winston Churchill and Charlie Chaplin in peaky blinders

To the left is the image of Charlie Chaplin in the series peaky blinder.

To the left is Winston Churchill in Peaky Blinders.

what do you think about these pictures ? did you enjoy the series ? share your opinion here in the comments section.