Viruses like covid 19  that are similar to corona and can cause further outbreaks are the subject of this strange facts article. In this article, we have listed 10 of the most dangerous types of these deadly viruses that can once again lock us inside our houses for you.

Other topics of strange facts from Irabrod

top 10 strange pictures that can not be explained

10 dangerous viruses like covid 19 , viruses similar to corona virus that can cause next pandemic

At present, the disease has spread to 24 US states. Fortunately or unfortunately, the disease has only affected the deer and deer families so far. This frightening disease causes brain disorders and severe weight loss. As far as it seems the animal is walking and living while it is dead. That’s why it got the name Deer Zombie. The virus has not yet spread to humans fortunately. But it is predicted that if deer meat is consumed too much, it can be transmitted to humans.

So far no cure has been found for this disease. According to the evidence presented, the virus is transmitted to humans through the bite of carrier mosquitoes.

The disease easily spreads to pregnant women and even makes the fetus sick.

Fortunately, the virus has rarely caused death. But the symptoms of the virus are extremely painful. Headache, muscle aches, weakness, and tremors, and… are among the scary symptoms of this disease.

on the eighth place of most dangerous Viruses like covid 19 is ebola . The virus is still spreading deadlyand sharply in African countries. The virus was first reported in the Congo near the Ebola River. What makes the virus scary is that scientists still do not know the cause of the spread of the virus. But it is possible that the virus has spread through bats or monkeys.

This scary virus has the ability to transmit from animal to animal, from human to human. From human to animal and from animal to human, which speeds up the spread of the virus. This puts Ebola on the list of viruses that spread like the corona and can cause further outbreaks.

Ebola mortality rate is reported to be 50%. Fortunately, the Ebola vaccine is now available, but the chances of survival depend on when a person is infected.

This virus has an 88% chance of death! The virus is a form of an upgraded family of Ebola virus. The first signs of Marburg was in Germany were then reported in Siberia and then in Uganda. Which indicates the rapid spread of the virus.

This scary virus, like Corona, has been transmitted from bats it is said that even contact with infected bats can cause infection.

The virus is still the deadliest disease in the world. So far, 32 million people have died from the virus. Despite many treatments and many methods of prevention. The virus is still spreading around the world, albeit at a slow pace.

What makes the virus scary is the source of the virus. That means cows, sheep, goats, pigs, and… this means animals that are the largest source of meat and dairy in the world are the source of this deadly virus. The disease is currently prevalent in African countries, and several cases have been reported in Saudi Arabia.

In addition to the animals mentioned, the disease is contagious to mosquitoes. that can rapidly cause an outbreak.

This scary disease causes swelling of the brain, headache, weakness, back pain, etc., but fortunately, it is less contagious than other viruses. And it is not possible to spread from human to human.

on the fourth place of most dangerous Viruses like covid 19 is Mers . 75% of those infected with the virus have died so far. The virus has even been reported in mostly middle eastern countries. The virus does not spread easily from person to person unless in close contact. The main source of transmission of this virus was infected camels. The first case of the virus was reported in Saudi Arabia .

Estimates of death from the disease are reported to be between 10 and 40 percent. Prevention, treatment, prevention of this disease is extremely difficult and somehow impossible. This allows the virus to spread easily. The virus is currently reported in Africa, the Mediterranean, the Middle East, Asia, and the Balkans.

The source of the virus was direct skin-to-skin contact with pets.

The NIPA virus is spreading in Asia and is becoming a dangerous outbreak. This dangerous virus can be transmitted from food and animals to humans. In case of infection, it causes serious respiratory diseases. No vaccine has yet been discovered for the disease, and its prevalence is slowly increasing.

The largest source of this virus is mice and mouse feces. More than 100 deaths have been reported in Canada and the United States. The latest report of the disease in China (from the United States and Canada to China, hmm seems scary), and the large population of mice in human habitation, indicate a serious risk of the disease . 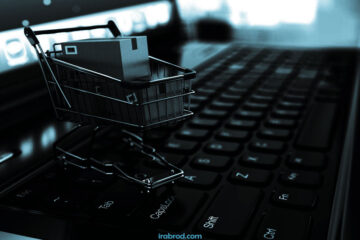