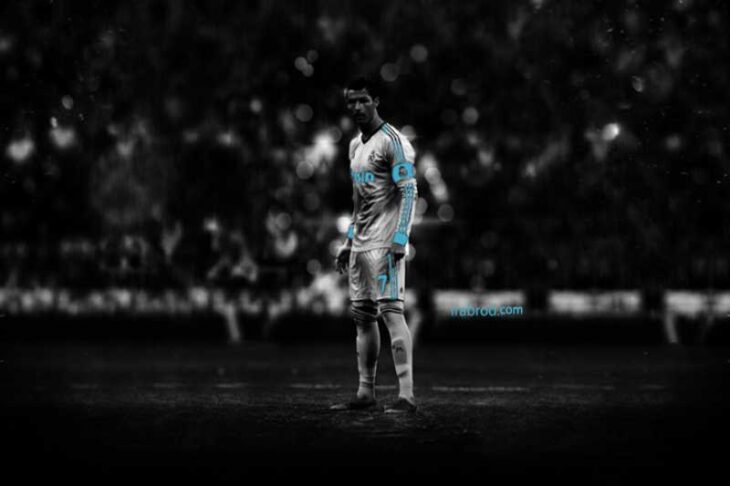 Reasons for Real Madrid’s high income why do  Real Madrid have such a high income ? When 26% of Spanish peaople are unemployed and the debt of Spanish banks is equal to the income of the entire country of Singapore. And only Rodriguez and Bale and Ronaldo (unfortunately in the past) received 265 million euros from this club. In the same economic situation, Real Madrid increases its income annually and this year was named as the most valuable football club in the world. But we will read the reason in this article.

Real Madrid has had the best performance in branding in football. Since 1950, the successes of this team have guaranteed the attention and gathered many fans every year. And since 2000, it has entered its current new arena in Brantingham. With the acquisition of David Beckham in 2003 as a high-class, well-known, and popular player, especially in Asian countries, Real Madrid was able to make a name for itself in East Asian countries, while at that time there was a lot of competition to attract Asian spectators. By European clubs.

As seen in TV commercials, the presence of David Beckham was a figure to ensure the sale of product branding. The same thing happened for Real Madrid. Something that was done recently with Cristiano Ronaldo.

Every year, Real Madrid keeps its branding strong and stable by buying and investing in such personalities.

Emerging markets have made huge profits for televisions around the world every year. And every year, the main competition of these TVs is to buy the rights to publish videos and advertisements in these markets. But what market is hotter than the football market? Real Madrid, as one of the largest football teams in the world, receives a lot of money annually from the world’s televisions for broadcasting rights. The viewers of Barcelona and Real Madrid matches are 6.5 and equal to the viewers of the smallest La Liga teams. This means 6.5 times more viewers for the TV stations that have the right to broadcast the games of these two teams.

Real Madrid is sponsored by bwin.com, Adidas, coca-cola, Audi, and a Spanish beer company called Mahou. When such big companies support this team financially, why does this team not have a high income? The Adidas contract alone is worth € 762 million.

Also, there are sponsors of players alone. For example, when Real Madrid signed a contract with Beckham. David Beckham agreed to give 50% of his sponsorship to Real Madrid under the terms of the contract.

Gareth Bale also agreed to donate 40% of his sponsorship amount to Real .

Real Madrid belongs to a large group of its members called social. A chairman is selected from this group. Because Real belongs to the legal members instead of the shareholders. Financial conflicts such as shareholder debt و… do not hit the team.

Until years ago, foreign players were required to pay only 24 percent of their annual income under a law called the Beckham Act, which was repealed this year, and they, like any other Spaniard with an income of over 60,000 euros, had to pay 45 percent of their income. To pay taxes.

In general, most of Real Madrid’s high income comes from the team’s smart contracts. For example, the contracts of sponsors and foreign players of the brand and TV contracts provide more than 90% of the team’s income.