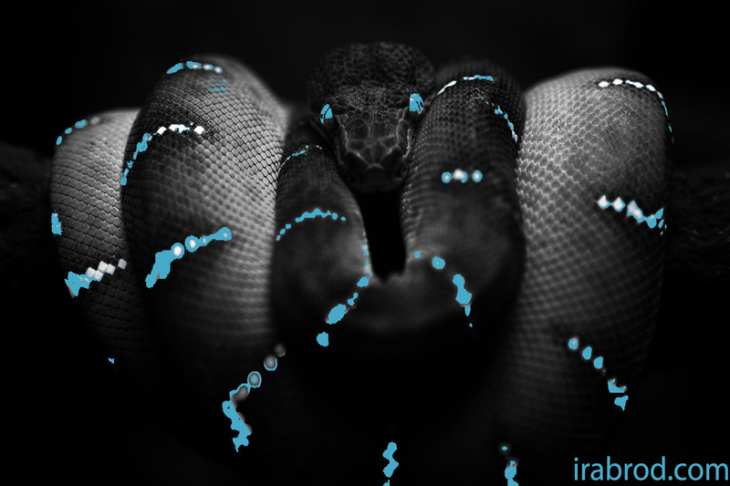 Perhaps one of the scariest animals on the list is the Hollywood movies and animations superstar, Piranha! The sharp teeth and strong jaws of this creature can tear apart the human flesh in just a few seconds. This fish is mostly found in the rivers of South America. What makes it even scarier is that they go hunting as a herd. And in just a few seconds, they can turn the largest and most powerful creatures into bones.

Driver ants usually have the most crowded nests among other ants. And they usually all work together like a bigger creature. Even if only one ant be in danger, they all unite and teach the aggressor a good lesson. Just imagine  50 million ants climb above each other so that they can reach you as soon as possible and bite you, just because you have threatened their cousin. Their jaws are so strong that when they bite your skin, even if you pull them until they are torn to half they wont let your flesh go. These ants are commonly found in Africa .

These are the largest lizards recorded in the world. The Komodo dragon lives in Indonesia. The mature dragon is about 3 meters long and weighs 150 pounds. This creature eats everything. From insects and buffalo to humans. It has even been recorded that these creatures dig human graves and feast on their dead bodies.

What makes this animal one of the scariest animals in the world is its terrifying hunting style. The animal quickly attacks and bites the attacker’s neck and throat, then escapes quickly and observes the bleeding and slow death of the prey at a safe distance, so that it can easily enjoy its prey after death.

on the 6th rank of top 10 most dangerous animals in the world is Crocodile .Crocodiles also have a good appetite for a variety of foods. They literally eat whatever they can, from sharks and buffalo to humans.

Like the Komodo dragon, the crocodile has a terrifying hunting style. This animal bites the prey with its strong jaws. And it rotates so much that it separates an organ that has been bitten from the prey. It is found mostly on the shores of the oceans. Male crocodiles can weigh up to 400 pounds. Just imagine that this 400 pounds animal bites the living body and spins around itself to tear it apart.

India was well aware of the violent nature of the largest and heaviest land animals because they used elephant in the war. Just imagine that this animal becomes angry , there would be chaos. In addition to weight, this animal has a lot of intelligence. Due to the size of the elephant, this animal has the largest brain of terrestrial creatures. The elephant’s cerebellum is very, very similar to humans, monkeys, and dolphins.  statistics say almost every African elephant kills 500 people a year. And that number is growing every year.

This is the largest known snake species on earth after King Kobra. The black mamba is the fastest reptile on earth. You can’t run away from this animal even while running. The venom of the black mamba can kill an adult human within 20 minutes. The black mamba poisons its large prey by injecting venom; He then waits for them to fall to the ground in weakness .

These octopuses are on average the size of a golf ball. And they are very beautiful and colorful. But one of the laws of nature is that the more colorful, the more poisonous. Bright and colorful skin in nature is a warning to hunters. In this small creature the size of a golf ball is enough venom to kill 26 adults. In the first minute of the bite, the person is completely paralyzed and loses the ability to breathe. There is no antidote to the poison of this creature. This octopus is found in the oceans between Japan and Australia. This octopus is known as the most dangerous sea creature in the world. no living thing in the sea will be more dangerous than this octopus.

These octopuses feed only on crabs, and do not attack humans until they are provoked.

2. All types of mosquitoes

Mosquitoes may not look scary, they may not have teeth and claws, but they have a large population. And each year, between 700 million people are infected by mosquitoes bite. 24 million people die because of these infections each year. Dangerous diseases such as Zika and malaria and yellow fever are caused by certain mosquito bites.

Yes, Human is the most dangerous creature on earth. over 7 billion of these creatures now exists on Earth. This creature hunts anything it can, from bats to camels. Even plants are not safe from this annoyance. Every year, hectares of forest are destroyed by this creature. Every year, large numbers of human are harassed, raped, robbed, insulted and killed by the this creature. Humans do not have any venom or sharp teeth to hunt, but they have a weapon called a bomb that destroys the largest possible number of living things in a matter of seconds. Humans are the only species on this list of animals that have more motivation to kill their prey than hunger or self-defense .