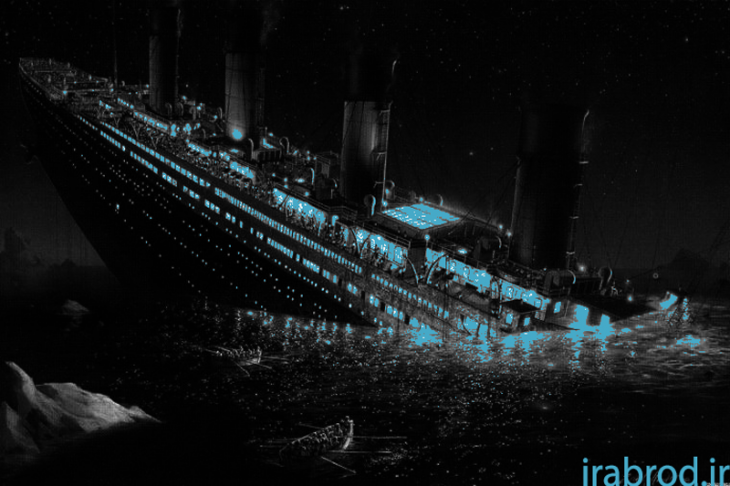 titanic urban legends and rumors about it are gathered in this list of 10 for you .There are legends about the Titanic ship that, like strong rumors, are so widespread in the world that they may be true. In this article, we have collected 10 of these legends for you.

10- legends about titanic: wreck of Titan

Among the details mentioned in the book:

The ship was the largest man-made ship.

It was claimed that the ship could never sink.

The cause of the sinking of the ship was a collision with a huge floating ice .

Many people die due to lack of lifeboats.

9 – Rumors of the Titanic: Curse

Most of the Titanic’s passengers were Protestants, and very few were Catholics. That is why it is claimed that the Titanic incident may have been a curse on the part of a Catholics for Protestants.

It has been “proven” that there was a coal fire in the engine compartment in Titanic. That is why it is said that the cause of the sinking of the ship was this fire. But others claim that the fire broke out hours before the ship sank, so the sinking had nothing to do with the fire.

Titanic is said to have cost the company more than profit. That’s why it is claimed that the Titanic crew sacrificed the ship to save the company. This frightening rumor could prove that despite the presence of ice fragments in the north, the crew did not change direction and continued on their way north .

6- Rumors of the Titanic: The Titanic never sank!

This is also based on the hypothesis that the shipping company had financial problems. It is said that there was another huge ship called the Olympus. Which had previously been severely damaged. The Titanic was also insured at a huge price. Now the shipping company decides not to repair the Olympus and sends it to the ocean instead of the Titanic to sink . So that the company can get the Titanic insurance amount from the insurance company.

An Egyptian mummy is said to have been transported by Titanic. To be delivered to a museum. The mummy had previously cursed its discoverer and caused his death. It is now alleged that the curse of the mummy drowned the Titanic.

Although Captain Smith is remembered as a hero. He is rumored to have sold the capacity of the boats. That means richer people could buy and save boats to travel more easily . However, if the boats were used to the last capacity, more people would be saved. Of course, this has never been proven .

3- Rumors of the Titanic: Class non-equality

It is said that members of the third class of society had to stay on the lower floors of the ship. As a result, in order to reach the top of the ship and be rescued by boat, they had to reach the boat after the second and first classes of the community. So they were less likely to survive. This means that the ship was designed in such a way that if it was sunk, the rich would be saved faster than the poor.

As we saw in the movie. When boarding lifeboats, men were not allowed to enter until women and children boarded. It is now said that many men put on women’s clothing to save their lives and sail .

1- Legends about the Titanic: Tourists from the future

It is claimed that tourists from the future came to see the Titanic when it sank. This proves the large number and of passengers and long queue for tickets. It is also said that the fashion and clothing of Titanic passengers was strange .