Published by Creator on September 6, 2022

Shooting games are among the most popular games that most users want to experience. First-person shooter or third-person shooter is not very important, what excites users is high graphics, action elements, a degree of violence and many such things, which has made even smartphone manufacturers, seeing the unique reception of users for these games.

The best first person shooter games for Android and iOS:

It cannot be said that it is one of the best because Call of Duty: Mobile is really the best first-person shooter game ever designed and released for the mobile platform; A completely standard shooter game with various game modes such as PvP and Battle Royale with 100 players at the same time, which is very exciting. Although Call of Duty is a very familiar name for gamers, compared to mobile first-person shooter games, this title is completely new.

Critical Ops is another one of the best first-person shooter games available for the mobile platform. Of course, we must say that technically this game is still in the beta stage and its official and full version has not been released yet. However, users can experience and enjoy it at this stage. This game is quite similar to the popular counter game. In this way, you can choose either to be in the police category or terrorists to do one of the following; Either detonate the bomb, or defuse the bomb. This game also has an online multiplayer mode, which adds to its appeal. Critical Ops has improved a lot in terms of graphics and performance compared to its initial release, and it is currently in the category of the best first-person shooters.

Dead Effect 2 is a science fiction game in the style of a first-person shooter, in which the elements of fear, survival and role-playing (RPG) are also used. In this game, the gamer takes the role of the main character of the story, for which he has three different characters with different abilities. Also, in this game, you will face a lot of items, weapons, clothes and different gears that you have to find and upgrade along with your character. The graphics of this game are fantastic and considering the quality of its shooting, we can put it in the category of the best first-person shooter games, of course, for those who care about campaign and story games. The only weakness and of course the worrying point of the game is that the creators of the game did not release any updates for it last year, which we hope will happen soon.

We come to one of the games in this list, which is great, but unfortunately, it is not possible to experience it without buying the game. Hitman Sniper is one of the best or rather the most unique title among the first person shooter games, which has many fans. As agent 47, the main character of this story, you stand outside a building and monitor your targets through a sniper. Your job is to destroy the various targets that the game introduces to you. This game uses more than 150 different missions, in order to complete them you can use different sniper weapons, more of them are released as you progress in the game. Although the game is paid, it seems to be worth paying for the experience. Also, keep in mind that Hitman Sniper is more strategy oriented than a typical sniper game.

Infinity Ops is one of the newest and best first-person shooter games that you can experience on the mobile platform. This game was initially released under a different name, but it was changed to the current name shortly after. Among its good features, we can mention the online multiplayer mode in a science fiction environment similar to the bases of Overwatch, which is extremely attractive. In this game, the user will be faced with a variety of weapons, jetpacks and various fighting modes, all of which can keep him busy playing this game for hours. The graphics and gameplay mechanics are very good and look better compared to many first person shooter games. User feedback is surprisingly good and positive. Therefore, it is definitely recommended to experience it.

Into the Dead 2 is a relatively new title on the mobile platform. This game uses similar mechanics to the other games on this list, but its style is more focused on the survival mechanism. In this way, in each mission you are usually in the middle of a field full of zombies and you have to destroy them with the weapons that you release and upgrade during the game. Of course, strategy elements are also used in this game, so don’t think that you are experiencing a normal survival style game. There are even different endings based on the events in the story, which adds to its appeal. All this, along with the above-average graphics of this game, makes us one of the best shooter games.

Another free and quality game that is among the most popular and best games is the first person shooter for mobile. Modern Combat 5: eSports features stunning graphics, rich content, multiple modes including online multiplayer, and much more, so we guarantee that there will always be at least one person playing with you online. Also, a story mode is considered for this game, in which there are six different characters with the possibility of leveling up and personalization. It is even possible to connect special controllers and play through them in Modern Combat, which helps to improve the game experience.

NOVA Legacy is the latest game in the popular first person shooter franchise for mobile. A title in the style of sci-fi shooter with a very rich story mode, super high graphics, different modes including online multiplayer and much more. NOVA Legacy even allows you to create and customize your own weapon. This game may be small in size and you will be discouraged because of that, but when you experience it, you will realize that its content is much more than you imagined.

PUBG Mobile made a lot of noise when it was released for smartphones, because first-person shooter games in the style of battle royale were not available for mobile, and as a result, this game, which owes a large part of its fame to Windows and consoles, He was able to make a splash on the mobile platform. You definitely know, but in short, in this game, the user is placed among 100 other players on an island, and the goal is to destroy all of them to be the only person alive on that island. There are weapons, different tools, different cars and many other items that you have to find and make the best use of them. Among the competitors of this game, we can mention Fortnite, which also has many fans. It should be noted that the developers of PUBG on a new game called PUBG

We come to the last game on the list, Shadowgun War Games, a product of MADFINGER GAMES studio; A developer who has also developed great games such as Unkilled, Shadowgun and the Dead Trigger game series. This game is very similar to Overwatch or similar style games where you will fight in an online PvP mode against other players who have characters with different abilities. This game is relatively new, that’s why the developer hasn’t put much content in it yet, but it is expected that more updates will be released for it in the near future. Unfortunately, at the beginning of the release period, this game did not receive positive feedback at all due to having many bugs and did not get a good score, but over time these problems were resolved, but the overall score may still be low due to the same initial low scores. but do not worry.

why does 404 error occur ? what is 404 e...
super easy guide on how to speed up comp...
how to install windows 10 using dvd in o...
12 games in the style of stronghold crus...
Categories: technology and education 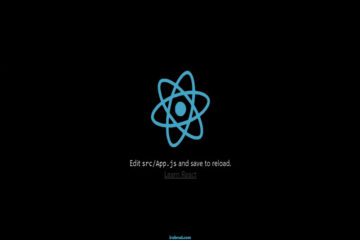 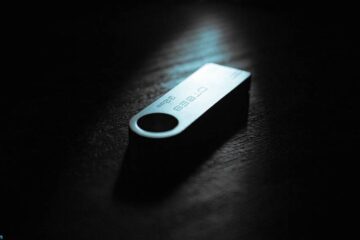 How to install Windows 10 using bootable USB rufus : installing win10 guide is simply prepared for you in this article. If you encounter a problem during installation, inform us in the comments . First Read more…